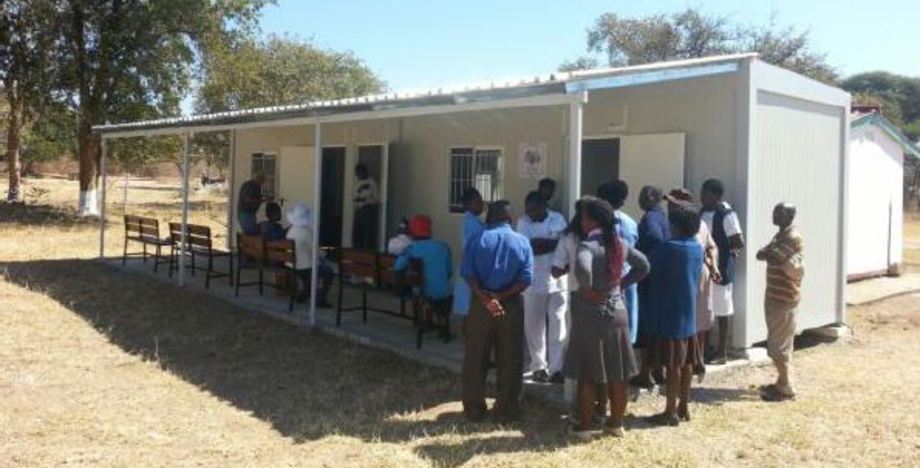 Fuduric GmbH & Co. KG and its legal independent firms in the Balkans, East Europe and Africa have over the last 24 years been awarded over 40 million US-Dollars worth of projects in many categories and with an emphasis on construction and service.

Fuduric has worked with UN Agencies and many private projects as well. When it comes to construction, Fuduric has an extensive track record of performance, wether in renovations, design-build projects, pre-fabricated construction or containerized living units.

Fuduric Strengths
Among the strengths that have been developed in the last 25 years we can name extensive experience and resources in /for:
- The renewal of existing structures at levels of: architecture, civil, structural, electrical, plumbing and "HVAC" (Heating, Ventilation and Air Conditioning).
-Structures’ demolition

-Installation of essential and logistical systems as support for events, celebrations, temporary bases, etc.
-Availability of human resources trained and experienced in their respective areas.
-Availability of own financial resource

Over fifteen million Dollars in contracting were closed between the year 2000 and 2008 alone.
Fuduric in Europe:

-one major contract (over 4 million Euros) for setting up a temporary camp in Novo Selo, Bulgaria was won. Later on in 2009, two major contracts were simultaneously won and implemented (May 2009).
1) an option worth another $4 million Dollars to convert the Novo Selo temporary camp into a permanent camp (construction) and
2) the 2009 D-Day ceremonies in St. Mere Eglise and Omaha Beach, Normandy, France (Joint Venture Fuduric/eps GbR was created), another 4.5 million Euros contract.
-Fuduric was awarded on November 2010 contract for the “Provision of Field and Camp Services in support of deployed NATO Response Forces (NRF)”. This is a worldwide LSA contract requiring performing LSA & Custodial services, food services, tent construction, etc.
- In 2014 and due to its excellent track record of performance in the 2009 D-Day celebration, Fuduric/eps GbR was awarded again the important 70th Anniversary D-Day celebrations (€2.5M).
- In 2015, Fuduric/eps GbR was awarded by NATO a $10 million Dollar contract to support the Life Support Area exercises of German troops in Zaragoza, Spain.

Fuduric GmbH & EPS
-Logistics and physical organization of the event celebrating the 70th
Anniversary of "D-Day" in Normandy, France (May to June 2014, €2.5 Million).

-Logistics and physical organization of the event celebrating the 65th
Anniversary of "D-Day" in Normandy, France (May to June 2009, €4.6 Million).
-Field Feeding Service operations for three different locations in Mauritania. Fuduric was able to successfully organize in less than 30 days the complete implementation of 3 mobile feeding campgrounds in the easternmost part of Mauritania including the importation of over 10 containers of food from Rotterdam (Contract= USD 1.2 Million, Fuduric/eps had to pre-finance over USD 800,000 in less than 1 month).
-In 2014 Fuduric and its partner eps GbR, have won two task orders (Niger and Senegal) within -the for providing LSA services within the African continent and for the next 5 years.

-In 2015 Fuduric/eps GbR was awarded by NATO the LSA for supporting the Trident Juncture exercises in Zaragoza, Spain ($10M)

Fuduric Bulgaria
From 2010 and on, Fuduric expanded even further into his “homeland”, in the Balkans (Croatia, Serbia, Bosnia & Herzegovina). A mixture of construction and Life Support Area projects were and are being performed in this region. For further past performance information regarding these projects please see below.
-In 2013, Fuduric won a design-build contract for the renovation of the Mdjenica Primary School for special children in Sarajevo, Bosnia & Herzegovina.
- In 2014 Fuduric also finished the construction of an abandoned project for the completion of the Center for Children and Youth with Disabilities at Doboj, Bosnia & Herzegovina.
- In 2014 Fuduric was awarded the design-build construction project of two childcare centers in Sopot & Pirot, Serbia.
- In 2015 we were awarded the design and construction of a new Kindergarten in Vukovar, Croatia.

Fuduric Africa
Fuduric has since 2012 been very much interested and involved in Africa both in construction and Life Support Area contracts.
-In April 2014 Fuduric/eps GbR were aweded a five year’s contract to deliver, construct and install pre-fabricated AIDS clinics in Zimbabwe. So far since 2014 Fuduric has delivered 134 clinics throughout Zimbabwe at a cost of almost five million Dollars.
-In Sept. 2014   Fuduric was awarded an expansion of the secondary school in Moroto, Uganda an extremely remote and complex project to design build the expansion of this school.
-In Sept. 2015 three more construction projects were awarded to Fuduric GmbH in Tanzania: 1 clinic in Dar es Salaam and 2 primary schools in the Tanga region, one in Kange and one in Maere.

Financial Data
Fuduric has pre-financed all its projects, including temporary and permanent camp construction, the Normandy D-Day celebrations in 2009 and 2014 (over $1,000,000 each) and the containerized facilities in Zimbabwe (so far almost $5,000,000).